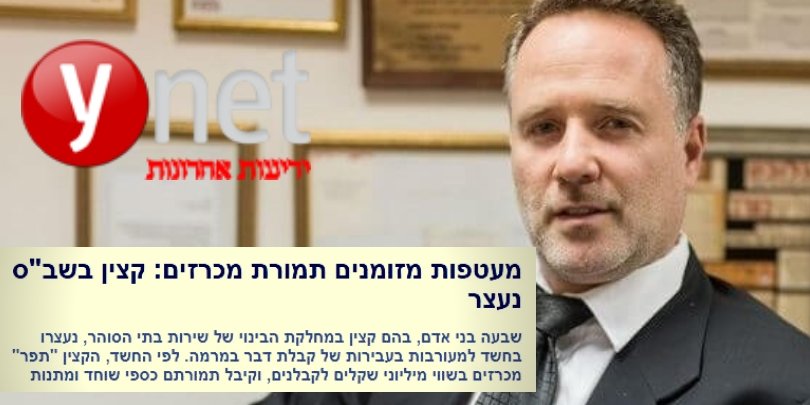 An IPS officer was arrested on suspicion of receiving money envelopes in return for “sewing up” tenders for work contractors in prisons.

Information transferred by the IPS to the Prison Officers Investigation Division of the Serious and International Crime National Investigation Unit led to the arrest of seven people suspected of, amongst other crimes, bribe-taking, fraud, breach of trust and offenses under the Income Tax Ordinance. The work contracts were estimated to be worth millions of shekels. Two other suspects were detained for questioning. The IPS officer is suspected of having received benefits from contractors working in the compound under his charge in return for giving work tenders.

White collar lawyer Sharon Nahari and attorney Ofer Almog, who represent the suspects, deny the allegations made against their clients.