“My client did not steal money or act fraudulently”: “Attorney Sharon Nahari spoke about the suspicions against the Education Ministry Supervisor 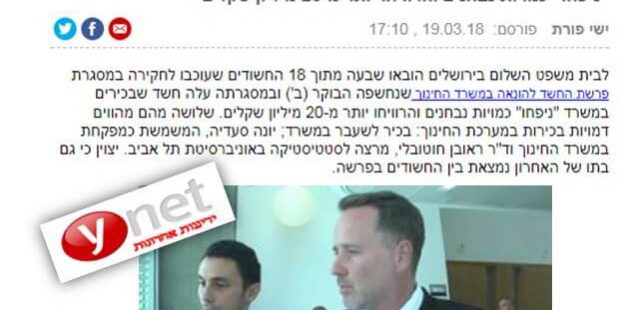 Seven of the 18 suspects in a suspected fraud case were detained for questioning after senior officials at the Ministry of Education were alleged to have earned more than 20 million shekels by “inflating” the number of examinees.

Attorney Sharon Nahari, who represents Education Ministry Supervisor Yonah Saadia, maintained that his client denied the allegations made against her, adding that “she did not steal money, act fraudulently or falsify documents. In addition, she explained gave explanations for the discrepancies in the hours and the fact that the standard practice was to work on a global basis. “